Soybean alleviates the discomfort of menopause because it contains phytoestrogens that act similarly to the female sex hormone estrogen. Preparations containing these natural compounds significantly alleviate the symptoms of menopause, incl. they reduce hot flashes, regulate sleep disorders and reduce night sweating. Their use is completely safe for health. You can also decide to consume this vegetable more in your diet, e.g. in the form of cutlets or soy milk.

Not all menopausal women can or want to use hormone replacement therapy (HRT). As a therapy equivalent, such patients are recommended to take phytoestrogens – compounds obtained mainly from soybeans, but also from other plants, e.g. holly or red clover. Phytoestrogens are compounds of plant origin that, due to their similar structure to estrogens, bind to their receptors. Depending on the tissue they act on, they either behave like female estrogens or have an antagonistic function. Soy phytoestrogens regulate the hormonal balance in the female body in two ways : they replace female hormones when they are absent or vice versa – they lower their concentration when there are too many of them.

Research in Japan shows that Asian women who eat a lot of soy go through the menopause quite mildly. This is due to genistein, which is classified as a phytohormone. Due to the significant decrease in estrogens in the female body during menopause, the intake of soy phytoestrogens is highly recommended. Low levels of estrogens in the blood contribute to the development of osteoporosis – a disease that weakens bones and causes serious fractures.

Menopause is accompanied by numerous ailments, such as hot flashes, night sweats, fatigue, irritability, and headaches.

Soy helps ease these bothersome symptoms. This result can be achieved by consuming 20 g of soy protein per day. The vegetable also contributes to the reduction of blood cholesterol, preventing the development of cardiovascular diseases.

Phytoestrogens influence many endocrine processes. It turns out that they have properties:

Phytoestrogens can be divided into three groups: 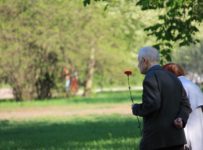 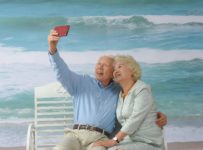 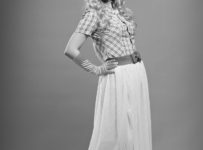