Saffron – the most expensive spice in the world, protects against the development of liver cancer caused by nitrosamines, which are found in cigarette smoke and fried and grilled meat.

Saffron was a prized spice since antiquity. Currently, it is used in the kitchen to give an intense yellow color to baked goods, rice dishes and alcohol.

Animal studies have shown that saffron inhibits the multiplication of liver cancer cells and even destroys cancer cells.

Saffron is obtained from crocus flowers

The risk factors for the development of liver cancer include:

Scientists from the University of the United Arab Emirates fed saffron to rats daily for 22 weeks.

Two weeks after the start of prophylaxis, the animals were injected with nitrosamines, which are found in tobacco smoke and processed meat.

After the end of the study, it turned out that, depending on the concentration of saffron administered in the body of the rats, no cancerous tumors appeared or there were fewer tumors than in the control group (rats without saffron administration).

After detailed studies, it was shown that saffron protects liver cells against oxidative stress, during which free radicals are formed. Their excess can cause the development of tumors.

In addition, the precious spice prevents the development of inflammation that develops during cancer.

On the other hand, in vitro studies on liver cancer cells have shown that saffron also prevents DNA damage and inhibits the cell cycle, which prevents cancer development and metastasis.

Saffron has been a prized spice since ancient times. It is obtained from crocus flowers. Its name comes from the Arabic language which means “to be yellow”.

It used to be used to dye fabrics, and in medicine it was used as an abortive agent when administered in large doses. Saffron contains essential oil which gives it a characteristic bitter taste and aroma.

Vitamins B1 and B2 as well as beta-carotene are also present in saffron. Saffron extract has various therapeutic effects: spasmolytic (facilitates the expectoration of secretions from the respiratory tract), lowers blood pressure and cholesterol levels.

Showing antispasmodic properties. Saffron can be used in painful periods. In addition, it has a diuretic and analgesic effect.

It is recommended in the case of lack of appetite and cardiovascular diseases, neuroses and anxiety.

In cosmetics, however, saffron extract has anti-inflammatory and skin tightening properties. 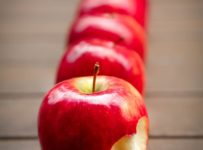 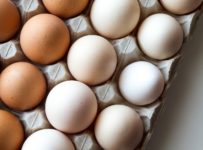