Every year 11 million people die prematurely worldwide due to inadequate nutrition. According to a study in the Lancet journal, bad eating habits will harm us more than smoking.

1. It owes everything to salt in the diet

Scientists say 1 in 5 people die because of poor nutrition. In 2017 alone, it was 11 million people. Inadequate diet increases the risk of developing cancer, cardiovascular disease and type 2 diabetes.

The study published in The Lancet is not about obesity, but poor quality of the diet. What mistakes do we make when preparing meals?

2. The most dangerous mistakes in the diet

The study covered 195 countries and was conducted by more than 130 scientists from 40 countries. They identified the most frequently recurring nutritional errors which significantly increase the risk of premature death.

Too much salt in the diet increases the risk of premature death (123rf.com)

The biggest culprit is salt. Too much salt in the diet contributed to 3 million deaths in a year.

Another factor is too little whole grains in your diet. It is responsible for approximately 3 million deaths. Another 2 million are linked to too little fruit in the diet.

In further places, scientists distinguished eating too little nuts, vegetables and seeds. There is also too little omega-3 and fiber in our daily diet.

3. Too much salt in the diet is killing

Of the 11 million deaths caused by poor diet, around 10 million were due to cardiovascular disease. As we know, excess salt contributes to an increase in pressure. High blood pressure increases the risk of heart attack and stroke. Both of these diseases are deadly.

In turn, whole grains, as well as nuts and seeds, which are not enough in our diet, have a positive effect on the cardiovascular system and reduce the risk of heart problems.

Professor Christopher Murray told the BBC that eating too little of these foods is more harmful than eating meat and foods with added sugar.

According to the report, modern humans eat only 12 percent. the daily recommended dose of nuts and whole grains. He also drinks an average of 10 times more sweetened drinks than he should.

The authors of this large-scale study argue that a poorly composed diet leads to far more premature deaths than any other risk factor .

Which countries eat the healthiest and how does Poland fare against them?

4. The impact of diet on deaths in individual countries

The countries whose citizens eat the healthiest are Israel, France and Spain. In Israel, statistically 89 people per 100,000. he dies from diseases related to improper diet.

Countries such as Japan, Switzerland, Andorra, South Korea, the Netherlands, Peru and Italy also rank high in the final ranking.

What about Poland? In the classification of 195 countries, we are in 83rd place. Per 100,000 Poles die on average about 258 because of a poor diet . The inhabitants of the Czech Republic, Hungary and Russia were placed below us. The last place belongs to Uzbekistan.

Scientists believe that earnings affect how we eat. Despite the trend for a healthy lifestyle, people in many countries cannot afford to buy and eat the recommended daily dose of fruit, vegetables or nuts. 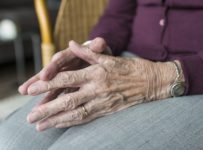 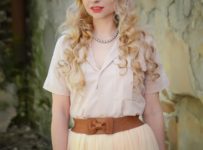 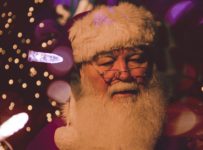