Do you want to live happily ever after? First of all, take care of your health. A poorly chosen diet results in the development of a number of diseases. Find out what is the most carcinogenic on your plate.

Doctors and scientists emphasize the role of proper nutrition as a factor in maintaining full health. The research carried out by the American Anti-Cancer Institute selected food products with the highest harmfulness.

Processed and modified foods can even lead to genetic mutations. As a result, substances used in production processes may be the cause of cancer development.

Until recently, it was said that a glass of wine a day could even promote health. It is currently believed that there is no safe dose of alcohol. It can cause up to 7 types of cancer. Alcohol can promote the development of breast, throat, larynx, esophagus, liver, pancreatic and colon cancer. It is listed next, after tobacco, as a carcinogen.

Also, non-alcoholic drinks, if canned, can be harmful. Bisphenol A has the effect of changing the structure of cells, which has been proven in animal experiments.

Glucose-fructose syrup, researchers noted, may promote the development of cancer cells. Carbonated drinks containing this syrup are listed at the very top of the list of carcinogenic products.

Additionally, the dyes and chemicals they contain make it a very dangerous drink to health.

Researchers have listed farmed fish as potentially harmful food items. While fish are often served as one of the more important components of a healthy diet, farmed fish are often fed chemicals. As a result, pesticides and antibiotics can be found in their meat. In addition, fish can contain carcinogenic mercury and dioxins.

The worst species of fish are pangasius, tuna, butterfish and farmed salmon.

Chips are not only high in calories . They can increase your risk of cancer because they are high in salt and preservatives. In the process of their production, carcinogenic acrylamide is formed. This substance is also found in cigarettes.

Too much salt can cause stomach cancer. Reaching for salted ready-made products and adding extra salt to meals can result in a serious illness.

Trans fats are also very dangerous. It is believed that they can even affect the structure of cell membranes. This leads to mutations and the development of tumors.

Purified flour loses its nutritional value . Its whitening is a chemical process that additionally worsens the health benefits of the finished product. A high glycemic index can also be dangerous to your health. Simple sugars favor the multiplication of cancer cells.

Microwave popcorn increases the risk of lung cancer, according to scientists. Home-made corn roasting is not as dangerous as reaching for a finished product that releases diacetyl-containing fumes.

For the sake of your health, it is worth eliminating the above ingredients from the menu.

Lots of vegetables, fruits and whole grains are better. They not only taste great, but also serve your health. 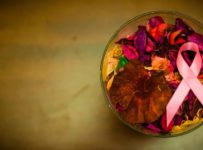 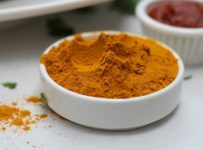 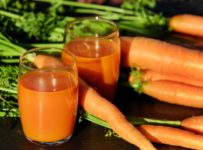