It has long been known that what we eat affects the risk of cancer. Recent studies show that people who consume at least one apple a day are less likely to experience lung, bowel, stomach, esophagus and breast cancer.

According to a study by scientists at the University of Perugia in Italy, eating apples reduces the risk of stomach and esophageal cancer by up to half compared to people who do not eat the fruit. Lung cancer develops 25 percent. fewer apple lovers, and breast cancer – 20 percent. The results were published in the journal Public Health Nutrition.

One apple a day is enough

Scientists have become particularly interested in studying the effects of apples on cancer prevention as it is the most consumed fruit in Europe. According to experts, they are the most powerful dietary weapon that protects us against cancer. Doctors say apples protect against heart disease .

“The data analyzed by us show that apples have a protective ability against lung, intestinal, esophageal and breast cancer. Additional tests are needed to reveal the effects on other organs, experts say.

Scientists add that you only need to eat one apple a day to get the described effect.

Apples are a rich source of flavonoids – plant ingredients with many healing properties. They can also be found in other vegetables and fruits, such as tomatoes, peppers, lettuce, grapes, cherries, citrus fruits, blackberries and blueberries.

These compounds are effective antioxidants, have a beneficial effect on blood vessels (seal them, improve flexibility and reduce permeability) and have a protective effect on the circulatory system. Flavonoids remove toxins from the body, have a diuretic and anti-inflammatory effect.

In addition to flavonoids, apples also contain a lot of vitamin C, potassium and iron. They have a beneficial effect on the heart, lower cholesterol, prevent heart attacks, improve blood circulation, and prevent varicose veins and swelling. They have the ability to deacidify the body.

Due to the high content of pectin compounds, eating apples affects the removal of potentially carcinogenic compounds in the faeces. In addition, fiber causes these substances to contact the intestinal epithelium less, which enhances the anti-cancer effect .

Eating apples also affects the immunity of our body due to the fact that the fiber in apples is a medium for good probiotic bacteria that multiply in the body.

The fiber contained in the fruit supports the slimming process, and when eaten in the morning, they help maintain the feeling of fullness for a long time. 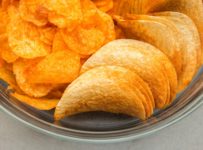 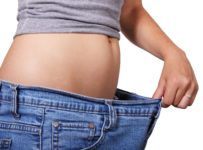 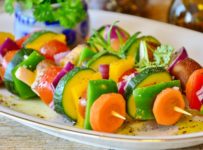